Allesley Green is an estate built in three parts in the 1980s. It is very much part of the parish of St Andrew’s. This means that its residents have the right of any parishioner to be married in the church, have children christened there and be buried in the graveyard
for as long as there is room. However, given the distance the church building is from the estate, we believe it is important to consciously ensure the link between Allesley Green and St Andrew’s Church works well. St Andrew’s has a dedicated team of people, chaired by the Vicar, who seek to work creatively on the estate to ensure that God’s love is made manifest. They can be contacted via gregsmith31760@tiscali.co.uk“

Carol Singing in Allesley Green – took place on Wednesday 18th December at 6pm in Birch Close. Local residents offer hospitality including hot drinks and mince pies as well as decorating the street in our honour.

Our sixth Party in the Park in Juniper Park took place on Monday 6th May.

Bulb Planting in Juniper Park
Friday 26th October from 2- 4.30pm
If you are interested in supporting this event, please meet at the children’s play area. Donations of bulbs would be very welcome.

Carols in the Close
Wednesday 19th December at 6pm
Come along and join in with the Carol Singers and enjoy a glass of mulled wine and mince pies.

Any suggestions for community events are always welcome, so please let us know if you have any ideas: info@allesleygreenresidentsassociation.co.uk

Our fifth Party in the Park on Juniper Park took place on Monday 7th May. 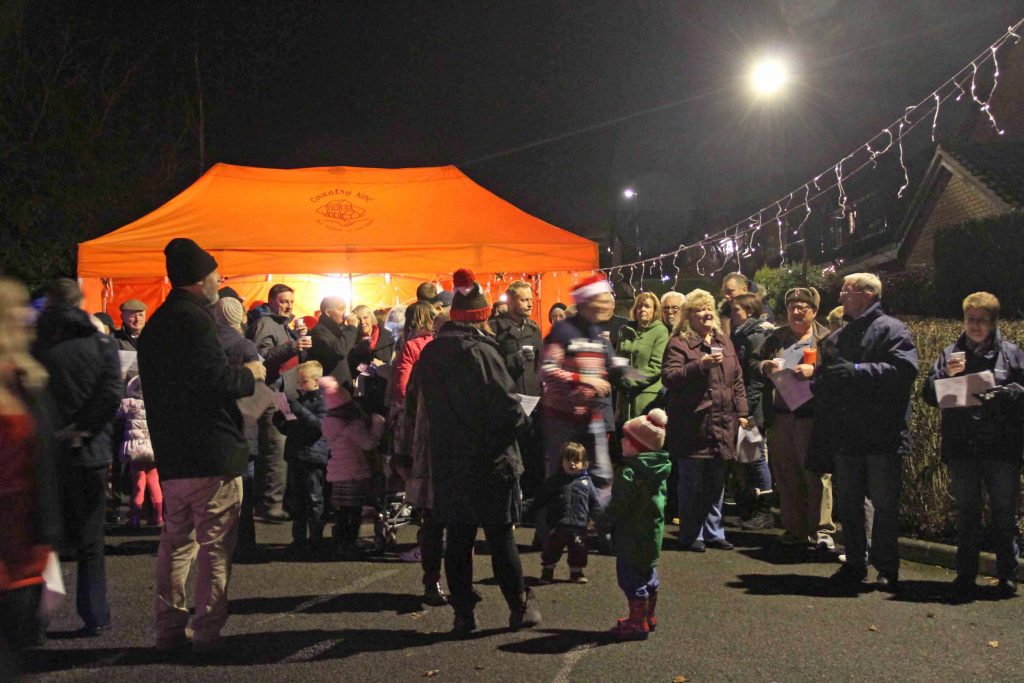 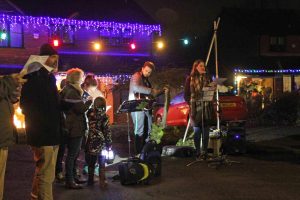 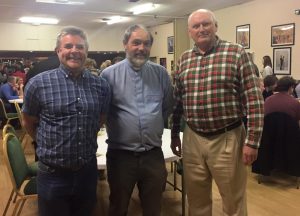 Fish & Chip Quiz Night
Hosted by St Andrew’s Church in conjunction with Allesley Green Residents Association
at the Massey Ferguson Social Club on Friday 4th November at 7pm. An enjoyable evening for all who attended.

Treasure Hunt
A small number of us had a fun afternoon looking for clues around the Allesley Green estate. Congratulations to Kam and her two boys who won the £25 meal voucher. Thanks to the Unicorn for kindly providing this. For a small donation, treasure hunt quiz sheets are still available from gregsmith31760@tiscali.co.uk for anyone wanting a challenging couple of hours, entailing a couple of miles of walking.

Games and Skittles Evening
This Games and Skittles evening at the Jaguar Social Club on June 24th 2016 was jointly hosted by St Andrews Church and Allesley Green Residents Association.  The evening was well attended by both residents of the estate alongside church members and their friends.  We enjoyed two varieties of skittles as well as a challenging picture quiz (thanks Lilias!), giant connect 4 and much else besides.  The Jag club were generous hosts and the chicken in the basket supper was enjoyed by all.  The team of local ward councillors proved competitive in the skittles, but were ultimately not placed, but made up for it by winning all the raffle prizes!  Meanwhile, rather fittingly, the Chair of the Residents Association, Tony Simons, and his family made off with first prize.  Impartial judges assure us that everything was above board.

Beetle Drive
St. Andrew’s hosted a Beetle Drive at Park Hill School on Friday 6th March, attended by over 30 people with a wide age range.  A great evening’s fun was had by all, with amazing cakes that very quickly disappeared, and a friendly but competitive atmosphere.  Congratulations to Ken and Jenny Battersby of Peregrine Close who were the happy winners of some pre-Easter chocolate!

Party in the Park:
Please click here to find out about our May Day Fun Days on Juniper Park
in Allesley Green.

Juniper Park
Juniper Park is a children’s playground (the only one on the Allesley Green estate) situated off Juniper Drive.  It has been somewhat neglected over the years and for local residents, the final straw was the slide being stolen.  St Andrew’s Church has worked hard to support the Residents Association in a bid to obtain sufficient funds to renew and upgrade the park so that it is a fitting site for our children and grandchildren to play.  A grant of £50,000 has been obtained from WREN to replace outdated equipment and to provide a new play surface.  Work on Juniper Park was completed in early March, with wonderful new playground equipment being installed. An opening ceremony took place on 20th March, presided over by the Bishop of Coventry. Here are some photos from the opening ceremony: 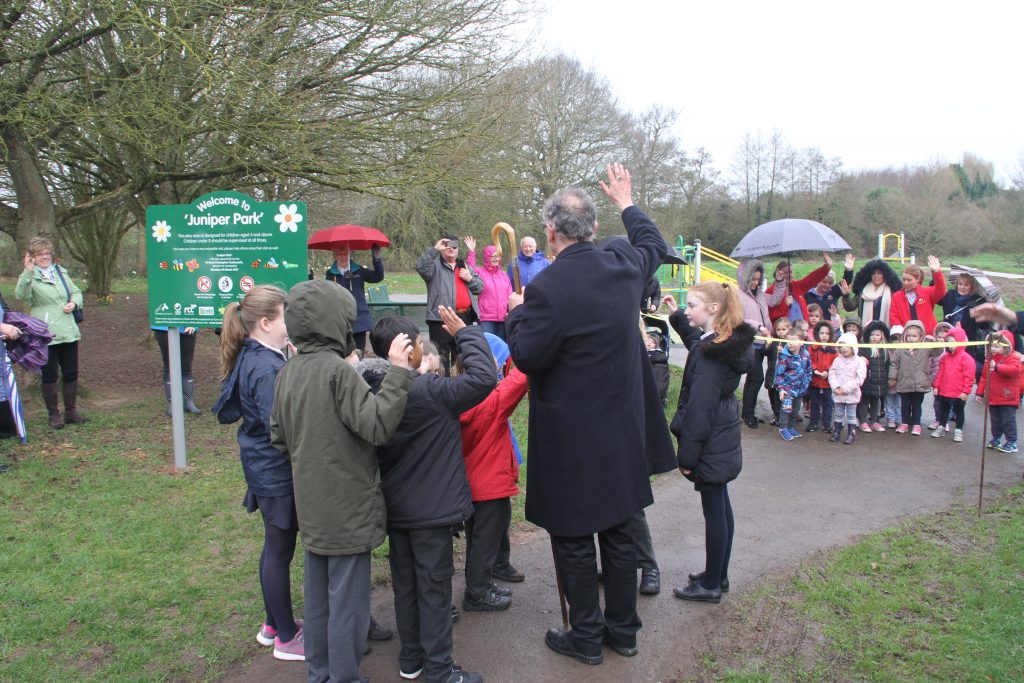 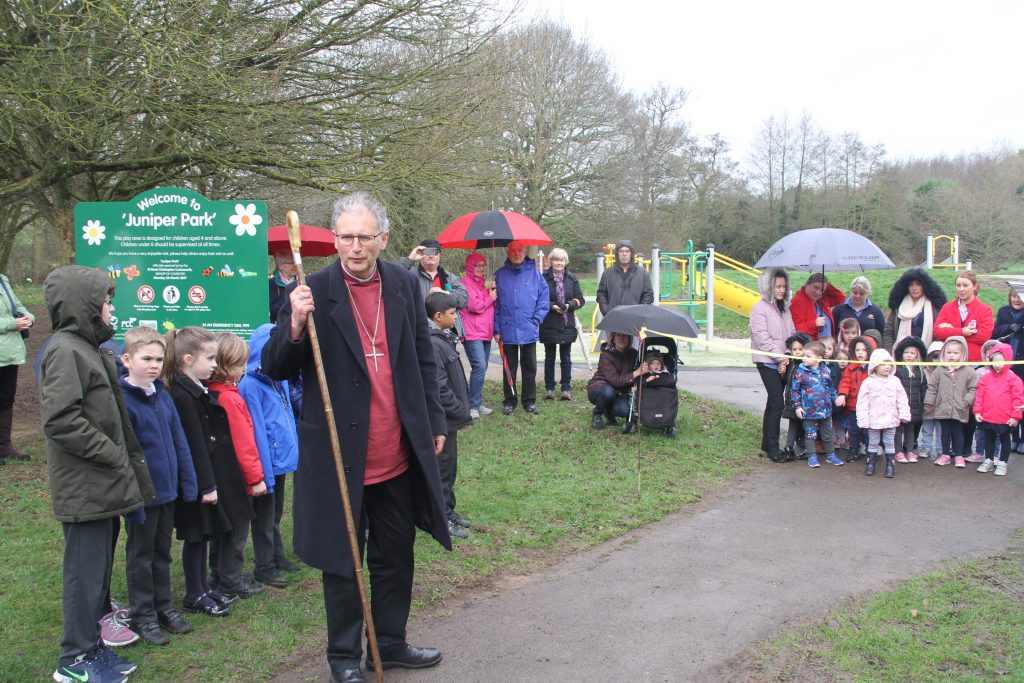 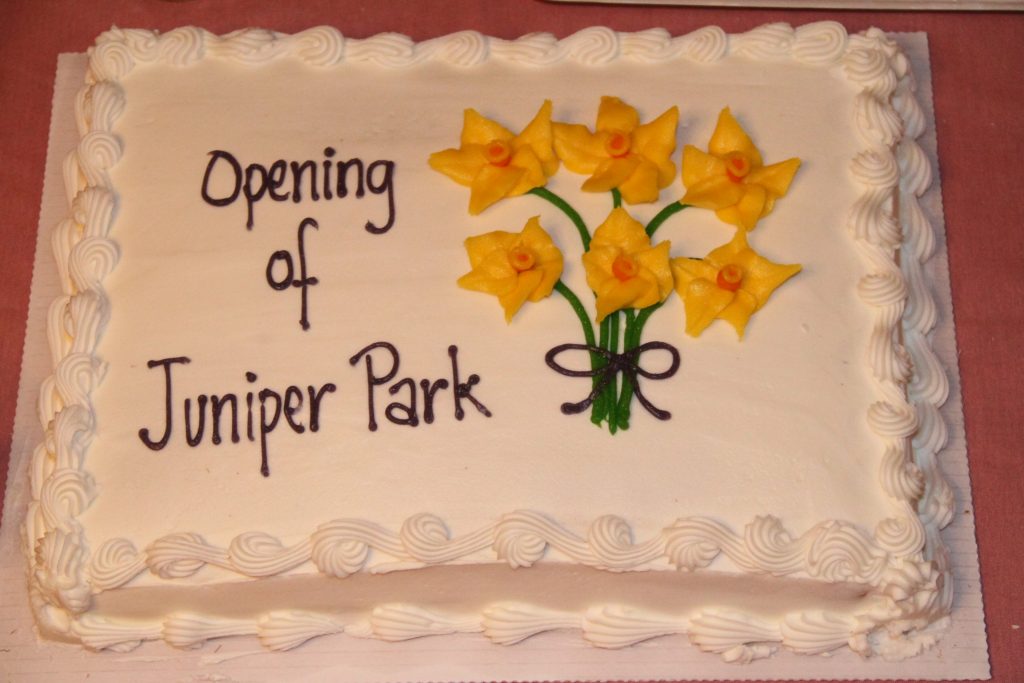 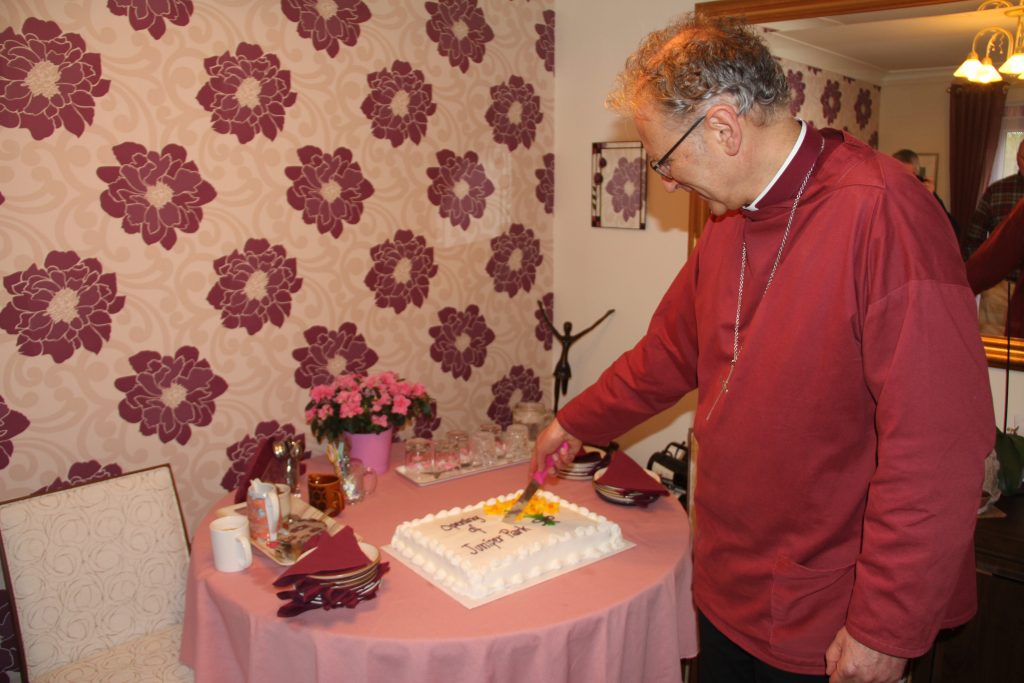